My primary research is focused on ancient philosophy, especially Aristotle. The aim of my dissertation is to understand the nature and role of nous in the Nicomachean Ethics and to explain the implications of a proper understanding thereof for our interpretation of the ethics as a whole. Aristotle clearly takes nous— understanding or intellect — to be central to ethical practical activity, to scientific inquiry, and to psychology. In the Nicomachean Ethics he calls it the “highest thing in us”, in the Posterior Analytics he claims that it enables us to recognize the most fundamental scientific principles, and in the De Anima he tells us that it is the characteristic faculty of the human soul. Although it is very difficult to discern what nous is and does in each of these contexts, understanding Aristotle’s account of the role of nous in ethics is crucial to understanding the points of contact between his ethics and his theoretical philosophy. Determining the degree to which Aristotle’s account of nous shapes his ethics can help us to solve a number of interpretive puzzles in Aristotle scholarship, and has strong implications for contemporary virtue ethics as well. For if his views rest upon an understanding of the world around us and the nature of human beings which appears flawed, dated or implausible, a successful virtue ethics must depart sharply from Aristotle’s own understanding of the good and of what it means to direct ourselves toward, to strive for, the good.

In the realm of political philosophy, I am interested in contemporary questions of international relations and global justice, in the nature and extent of associative duties, and in historical questions, including the relationship of Mill's utilitarianism to his account of rights and representative government.

In aesthetics, my interests are largely historical. I am especially interested in the nature of universality in Kant's aesthetics.

"Universals and Particulars in Aristotle's Ethics", Annual Meeting of the Society for Ancient Greek Philosophy, October 2013

"Metaphysics Θ 6 1048b18-35: A New Take on the Energeia-Kinesis Distinction", Pacific Meeting of the American Philosophical Association, April 2012

"Universality Without Normativity: Interpreting the "Demand" of Kantian Judgments of Taste", Eastern Meeting of the American Society for Aesthetics, April 2009 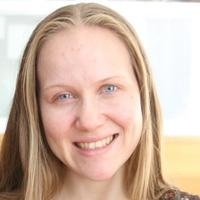