MA in Philosophy, University of Wisconsin-Milwaukee, 2010

PhD in Philosophy, University of Pennsylvania, 2018

"Can the State Require you to Get Vaccinated?" University of Pennsylvania Bioethics Bootcamp, June 2017; Philadelphia, PA.

Commentary on George Sher's "How Bad is it to be Dominated?" Rocky Mountain Ethics Congress IX, August 2016; Boulder, CO.

Penn Prize for Excellence in Teaching by a Graduate Student (University of Pennsylvania, 2013-2014)

Ordan Prize, Given for General Excellence in Philosophy with an Expectation of a Career in Teaching (Vassar College, 2006)

Nochlin Prize, Given for an Exceptionally Good Senior Thesis in Philosophy (Vassar College, 2006)

(with Ezekiel Emanuel) "All Children Should Have to Get the Flu Shot," New York Times, March 1st, 2018

"The Case Against Libertarian Arguments for Compulsory Vaccination" in Journal of Medical Ethics, Vol. 43 No. 11 (2017) 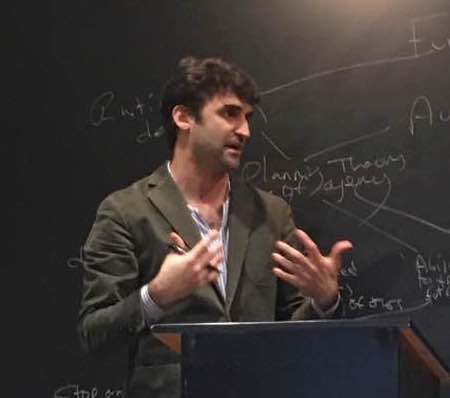