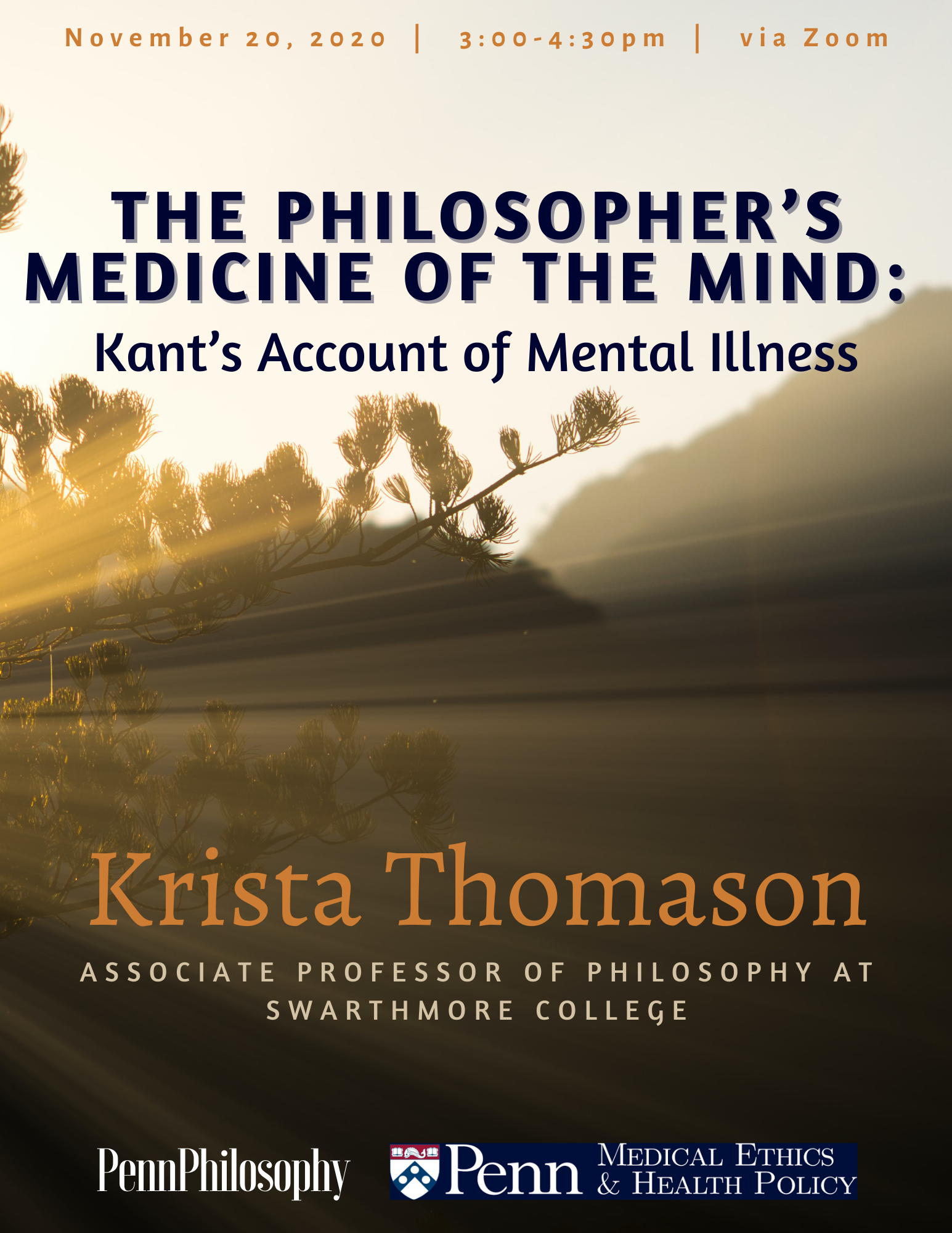 This colloquium is co-sponsored by the Philosophy Department and the Department of Medical Ethics and Health Policy.This is a pre-read format. The talk will include introductory remarks on the project (15-20 minutes) followed by Q&A (55 minutes to an hour).

The Philosopher’s Medicine of the Mind: Kant’s Account of Mental IllnessAbstract: Given that Kant is widely read as a champion of mental self-mastery, contemporary readers are unlikely to turn to him for insights into mental illness. For example, he describes medical science as “philosophical” when “the sheer power of man’s reason to master his sensuous feelings by a self-imposed principle determines his manner of living” (Medicine 7:101). Claims like these make it seem as though Kant might blame people with mental illnesses for failing to get their minds in order. Here I argue that Kant’s views about mental illness are not callous as they might seem. I argue that Kant’s account of mental illness is best understood as part of his applied logic. This interpretation shows that Kant is more compassionate to people suffering from mental illness than it might appear.